This week marked the 10 year anniversary of one of the most iconic, influential and game-changing websites to ever exist on the World Wide Web. Video sharing giants YouTube celebrated a decade in making history by uploading the first ever video content to exist on the world’s most popular online video platform.

Created in February 2005 by former PayPal employees Chad Hurley, Steve Chen and Jawed Karim, the development behind the idea occurred when having experienced difficulty sharing video’s that were shot at a dinner party taking place at Steve Chen’s apartment in San Francisco. The theory was simple, to a provide a simple way people could upload any video content onto the internet but the legacy will last forever with an estimated 1 billion users along with over 300 hours of video uploaded every minute.

Inside our blog, our Cheshire web-design agency will celebrate the occasion by taking a look at the very first YouTube video to ever be uploaded onto the website, along with taking a look at some of the brand’s most iconic moments in a timeline and how any small Cheshire business can take advantage of YouTube to help organically grow their website.

Let me introduce you to the very first YouTube video clip. It’s hard to imagine YouTube in its humble beginnings, but here you can see a blurry eighteen second video clip titled ‘Me at the Zoo’ which features YouTube co-founder Jawed Karmin standing in front of the elephant sanctuary at the San Diego Zoo.

Although I doubt any of the co-founders of YouTube would have ever imagined the impact that it would have ever had, this clip alone has generated over 22 Million viewers…

It really doesn’t matter if your YouTube video gains as little as 1000 views or as much as 5 Million views. The number of views doesn’t declare if you’re video is a ‘Viral Success’, it about the sharing and interaction that takes place and creating a ripple effect.

You can gain a rough measure of the viral spread by looking at the number of contributions to the video, the thumbs up, the thumbs down and the comments all play their role in sharing your content.

Just liking writing any SEO friendly content, you need to make sure you squeeze your keywords into both the title and tags of your YouTube video. Just like a search engine algorithm, YouTube will use the title and tag keywords to calculate the importance of the video so it can rank you based on the keywords used. Remember the more specific the keywords, the better the chance of landing on page 1.

It’s also important to remember that not only will your video only just appear in YouTube search results; it will also appear in Google search engine results for specific keyword searches. 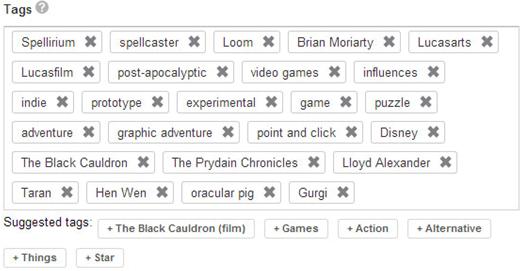 Adapting the Titles & Tags approach, this is your final chance to submit those keywords. Pick two, maybe three keywords and look to include these keywords in your description. Writing the description can be a challenge so make the keywords sound as natural as possible without ‘Keyword Stuffing. Look to write the description between 300 & 500 words.

If you are perhaps unfamiliar with using YouTube for uploading video content, or perhaps would like some assistance in targeting and writing keywords to use for titles, tags or descriptions to help grow your website, why not get in touch with the Cheshire web-design experts? We are only a phone call away so why not give us a call on 01565 653616 or subscribe to our Bi-Monthly Web Grower for tips and advice on the art of growing your website.