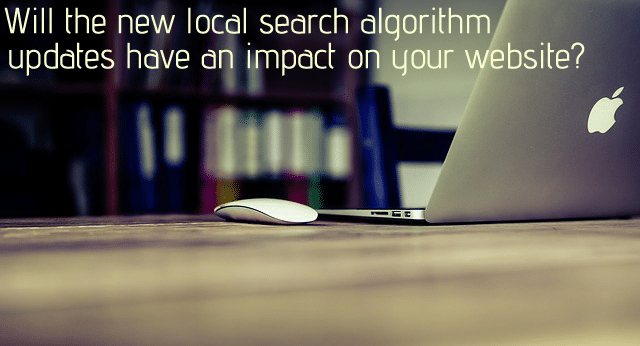 I’m sure like most local businesses; you like to keep an eye on how your website is ranking in local search engine competition from time-to-time right? Well sometimes, it doesn’t really matter how much effort we put into putting together a website marketing strategy, especially when Google holds the most important cards and a simple search engine algorithm update can instantly affect our search engine presence.

Well, after nearly two years of silence, Google have officially confirmed that the Google Penguin 4.0 update was here and it would be accompanied by another local search algorithm change which has been titled Google Possum.

Ok, so you are probably questioning what do these updates mean to my search engine rankings? Well, although the last official update only affected less than 1% of UK searches, this did actually translate to 12 billion queries, and that’s not even including highly spammed searches. Inside our blog, our Cheshire web design agency will highlight the changes and see what impact each of the Penguin and Possum may have on your website.

Over the last few years, Google have released a series of search engine based algorithm updates which directly affected search engine rankings. You may have heard of other updates such as the Panda or the Hummingbird update but this time, Google has introduced the ‘Possum’ update which will only effect local businesses and spam search results.

One of the key updates is this algorithm is using IP address location to serve a more definitive list of local results to users based on where they are. For example, let’s say I search for ‘Cheshire web design’, from our Knutsford office, I may not see the same search results as someone who searches for the same keywords from a different area. Not only are search results impacted, Google Maps will also conduct similar results as the further away you are, the less number of search results will appear.

In recent times, Google has tried eliminating listings with duplicate content, so search listings with the same phone number, email address or even domain, but now Google have stepped up their efforts by filtering out the same address.

This may affect retailers clustered closely together such as businesses who may share the same office building or local restaurants who may have the same cuisine on the same street. The thought process behind the update is makes it less likely that similar businesses clustered together will dominate location-based searches unless, as noted, the searcher is conducting the search close to the actual location of those businesses.

Although only some sources are reporting this change, it’s worth noting that the order of keywords will have a direct impact on local search results. Now, every user is different and will have a number of different ways of conducting their search. Some may search ‘Web Design Cheshire’ whilst others may search ‘Cheshire Web Design’.

Previously, Google would recognise these keyword search phrases as the same so would usually return identical search results. In the update, a change in keywords can now impact your search engine rank position so my honest advice would be targeting your current keywords and look to include the alternatives or purely focus on the highest search volume.

Businesses on the outskirts get a boost in rankings

Before the most recent update, local businesses which were considered to be outskirts or boundaries of the physical parameters of a town or city never really got a look in when it came to competing with businesses with a more central location.

However, this isn’t the case anymore as Google now focuses on SEO and search signals, so if you outperform competitors’ content, you will likely to receive a boost in local rankings.

Switching to the Penguin 4.0 update, this particular algorithm is aimed at targeting and decreasing search engine rankings of websites than violate Google’s Webmaster Guidelines by implementing Black Hat SEO techniques. Penguin 4.0 rolled out with a worldwide release in late September with two major changes.

Penguin will only target specific pages.

Previously, Google would penalise your entire website if you were found breaching Google’s Webmaster Guidelines. In a major shake-up, Google will now only discipline any particular page they find instead of the whole website. Depending on which side of the coin you look at this, if you do get penalised, the whole website doesn't suffer but from a competitor’s point of view, surely you would want the whole website disciplined if they were found doing something they shouldn't right?

“Once a website considerably improved their site and its presence on the internet, many of Google's algorithms would take that into consideration very fast, but others, like Penguin, needed to be refreshed. With this change, Penguin's data is refreshed in real-time, so changes will be visible much faster, typically taking effect shortly after we re-crawl and re-index a page. It also means we're not going to comment on future refreshes.”

Was your website hit by the local search algorithm updates?

If you have found a sudden drop in search traffic, it’s possible that you could have been hit by a Penguin penalty for not complying with the recent changes. The best way to check is to review data in your analytics over the course of the last few weeks and of course, check local listings using various free SERP’s tools.

If you would like to discuss SEO or search engine ranking strategies, why not get in touch with your local Cheshire Web Design agency!? Subscribe to our Web Grower Newsletter or give our Knutsford office a call on 01565 653616 now.