Over the last month or so, it seems like live video streaming on social media has become the latest obsession. Within weeks apart, video streaming app Meerkat launched and started to gain highly successful praise along with a cult following but within 14 days, Twitter responded big time.

Purchased for an incredible $100 Million dollars in January 2015, Twitter fired back by unveiling Periscope, a free video streaming app of their own allowing app users and twitter followers to watch and broadcast live video from anywhere across the globe.

As a Cheshire web-design agency, social media plays such a big role from business communications to search engine ranking so inside our blog; we will take an in-depth look and introduce the latest live video streaming phenomenon Periscope.

It’s a new world with Periscope

Have you ever wanted to view the breathtaking scenes of Machu Picchu of Peru or overlook desert drenched California from high above? Well with open Wi-Fi networks and faster 4G mobile network, live streaming from anywhere in the world could become a part of our everyday lives.

Using the live feed, Periscope users can broadcast live from iPhones or iPads to millions of app users or twitter followers who can watch on any Smartphone, desktop or laptop from any location by pressing the TV icon at the bottom of your screen.

Periscope's live feeds can be shot from iPhones and iPads and watched through smartphones, desktops or laptops either through the app or on Twitter's site. Setting itself apart from the competition, Periscope users have up to 24 hours to re-watch any recent broadcasts whilst Meerkat streams disappear once you choose to end the broadcast.

Twitter are extremely delighted with the introduction “we’re excited to introduce Periscope, a new app that lets you share and experience live video from your mobile phone. We think it’s a perfect complement to Twitter”. To read the thoughts of the developers thoughts behind the app, please visit Medium.

Periscope in a nutshell 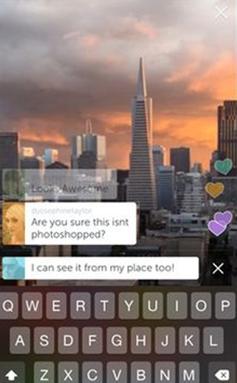 For journalists, bloggers or for the everyday user documenting those life changing moments, periscope let’s you share your experience with others. By pressing a button, you can notify your followers that you are live so you are instantly connected and interact with your audience. 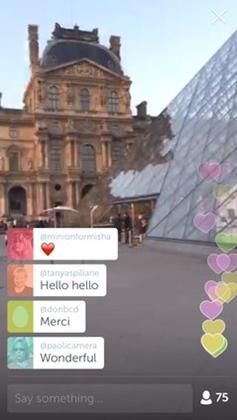 Not only can you view ground-breaking or everyday moments through a different set of eyes and ears, you can also interact with the broadcaster during a live stream. Viewers can send direct messages and can also tap the screen to send ‘Periscope Hearts’ to send their love of the stream.

Under the ‘People’ tab, users can view a most loved list that will show the broadcasts that have received the most hearts during a real-live broadcast. 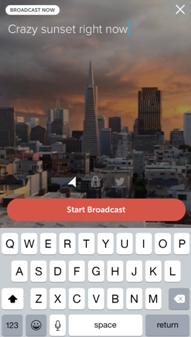 How you can start your very own stream

Starting your very own stream couldn’t be simpler. Sure using any app takes a couple of goes before you get comfortable with its surroundings but all you have to do is simply tap the shoot icon, enter the title of what you are about to stream and there you go!

By simply pressing the twitter icon, you can promote the stream of your live broadcast through your account but you must already be logged in for this. If you want limit the amount of users who can view your live stream, or would like to set it to private, and then by pressing the people button at the bottom of the screen, you can adjust the settings.

If you would like to discuss the importance of social media for your website or would like to know more on the art of growing your website, we are only a phone call away on 01565 653616. We are a Cheshire web-design agency who is passionate about all things web.