In November, the web industry witnessed an unexpected change following the sudden announcement that Yahoo had agreed a five-year partnership with Mozilla to make Yahoo the default search browser across all Firefox mobile and desktop devices. This action took place in the US from December 1st 2014 on the new Firefox 34 update.

Since its inception in 2004, Google had been the Firefox default search engine but following completion of their 10-year contract, Mozilla decided not to extend their contract and started looking for alternatives.

To quote Yahoo on the new changes “Our teams worked closely with Mozilla to build a clean, modern, and immersive search experience that will launch first to Firefox’s U.S. users in December and then to all Yahoo users in early 2015”. You can read Yahoo’s thoughts on their new partnership inside this blog.

The major changes include: 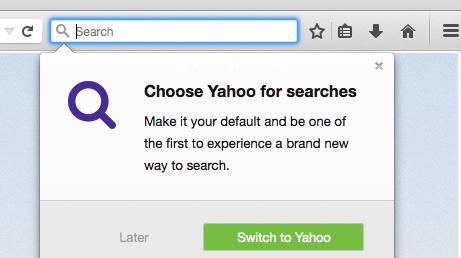 The US rollout – Here you can see the improved local search bar. This will be available in the UK at a time estimated as ‘Early 2015’ – So watch this space!

With Firefox regarded as the third most popular search engine worldwide with between 12% & 22%, in December Yahoo achieved its highest US search share for over five years according to the latest data from Stat Counter, the independent website analytics provider.

Accordingly, these results also had a major impact on Google who fell to the lowest monthly share yet recorded by the company.

Changes are you have already seen this message when browsing on Internet Explorer – “Come here often? Make Google your homepage,” is the message, with “Sure” and “No thanks” options. It seems like December’s search results have clearly rattled the search engine giants. Compared to the previous month, even a 2.1% drop is massive considering Google dominates the US Search Share with a whopping 75%! 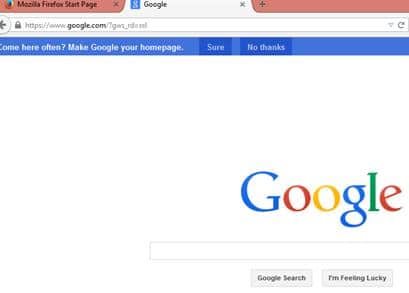 You can make the change now or always come back later. Not satisfied with making a loud noise on your Firefox screen, Google have also been activity sending out tweets to try and encourage users to make the switch back to Google. 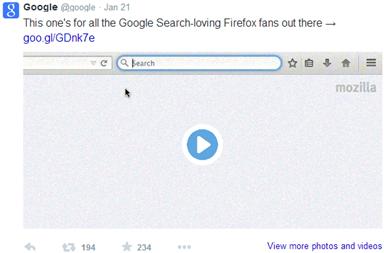 Using the search term ‘Manchester United’, here are the results displayed by both Google & Yahoo. I must admit, there really isn’t much difference between both search engines but would say that Yahoo just about shade in terms of ease-of-use and layout. 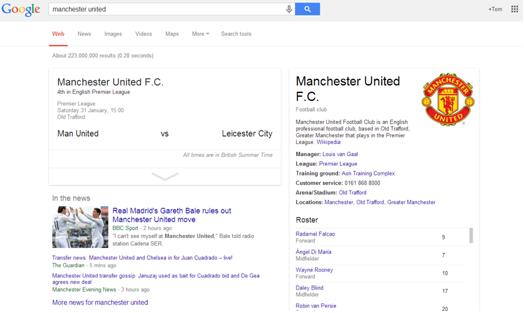 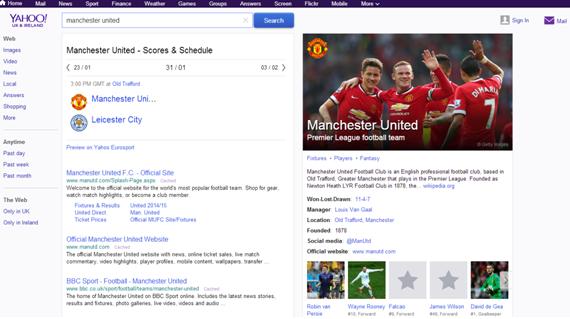 So what are your thoughts? Will you be making the switch when the new rollout of Firefox is updated here in the UK? Will you move back to Google? Let us know on twitter by following @untitledtm