Last month, Mark Zuckerberg made a blockbuster announcement by revealing that Facebook will finally be adding a ‘Dislike’ button. Held at Facebook’s headquarters based in California, the founder of Facebook mentioned during a Q&A session that the social media platform were “very close” to having something ready for user testing which will be rolled out in the near future.

Since the inception of the ‘Like’ button in 2009, Facebook users have constantly requested for some description of a ‘Dislike’ button. However, instead of having an all out ‘Dislike’ button, Mark Zuckerberg explained that “not every moment is a good moment” and said the button would be used a way for Facebook users to express empathy for posts of sadness as opposed to trolling Facebook posts.

Join our Cheshire web-development team as we review the reasons behind Mark Zuckerberg‘s decision to finally add a ‘Dislike’ button along with exploring further developments behind the technology involved.

Reasons behind the decision

If you think about the journey that Facebook has taken users on over the past couple of years, adding a ‘Dislike’ function is just the latest in a long line of features trying to connect users with the social media platform on a much deeper, emotional level where Facebook users feel encouraged to share their most vulnerable, personal thoughts in our Facebook timeline.

June 2012:
With the appetite of a ‘Dislike’ button increasing with users, scammers took advantage of the scenario by sending messages to users with a link to “enable the new dislike button”. Upon clicking, a browser extension would load and automatically install adware on your computer a litter your profile with spam. 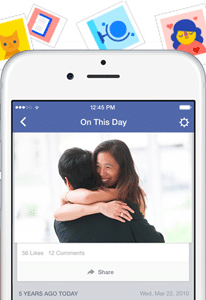 January 2014:
Facebook roll out emotion icons allowing users to show how they felt or what you were doing. From happy to annoyed, Facebook users could express their feelings allowing other users to connect on a much more emotional scale. User’s could also share their experiences as they were happing so you could see on your news feed that friends were travelling or what music they are currently listening too.

March 2015:
A feature that allows users to share status updates, photos, post from friends or anything else that you may have been tagged in. Regardless of how historic the post is, if it was posted on exactly the same date years later, users will have the option to share with your friends.

This feature gained rave reviews by Facebook users as this was a much easier way to share memories without the need to scroll through the archives and as a way to treat your Facebook profile as a scrapbook of your life that adds emotional, sentimental value.

Although not truly a ‘Dislike’ button, the social network have started to roll out what has been described as the closest thing Facebook users will see by introducing ‘Facebook Reactions’ in both Ireland & Spain before deciding whether to make any further tweaks or how to roll it out to a wider audience.

‘Reactions’ are a new set of six emoji icons that will appear alongside the original ‘thumb-up’ when users want to click or respond to other Facebook post that appear on your news feed such as a friends post, pages you follow or even advertisers on both a mobile and desktop device. The six emoji icons will be 'Angry', 'Haha', 'Love', 'Sad', 'Wow' and 'Yay' along with the traditional 'Like'.

What Do You Think?

Given the fact that Mark Zuckerberg has openly agreed to some sort of functionality that allows users to “express empathy”, ‘Facebook Reaction’s look to be the course that we are starting to sail in as Facebook looks to continue to evolve as both a business and as a social media platform.

Given that we are a Cheshire web-design agency, we are a local business just like you. We would love to know what you feel about Facebook Reactions and what impact they could have on your business.