With 2015 now almost in the history books, looking back it has been a pretty huge year for any business with a website. We oversaw some significant changes such as the introduction of Windows 10, YouTube celebrate their tenth year anniversary and most importantly Google decision to favour mobile optimized websites which was poorly dubbed ‘mobilegeddon’.

Now with one eye firmly on what’s in store for 2016, our Cheshire web-design team have hand-selected our predictions of what we feel will be emerging and developing trends for small business websites. Inside our trends for 2016 blog, we will cover a range of topics from advertising through to social media.

1. Google AMP will be King! 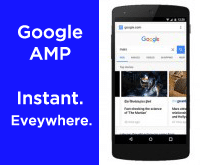 Arguably the biggest game-changer next year will be something that will directly affect both user and publisher and that will be the introduction of Google AMP. Following the announcement in October 2015, Google outlined

a crystal clear plan, proving instant access regardless of what device, Smartphone or tablet you have!

By eliminating the barrier of a slow loading time, bounce rate will decrease as users will feel encouraged to stick with the webpage if it loads within 3 seconds and publishers will have more confidence to add numerous types of audiovisual media such as video, animations, larger graphics and even pop-up adverts. Google AMP will be a win-win for everybody in 2016. 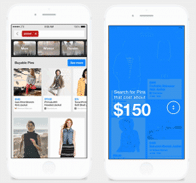 If we could rename the Chinese New Year, It would be called the year of ‘Buy it now’. With Google announcing plans to add ‘Buy it now’ to search engine results earlier this year, other social media platforms such as Pinterest, YouTube and Facebook started to introduce the functionality themselves over the course of 2015.

Search Engines and Social Media platforms alike are really starting to go to war to try their best to hold the user’s attention for longer by eliminating any need to leave the search engine or application for any reason if they can do everything they need in one place. With the ever-emerging growth of mobile usage, competition is increasing to try and corner mobile market sales by making impulsive purchasing as simple as possible.

As you may have seen in our Instagram review, social media platforms such as Instagram and Pinterest have started to introduce business advertising this year. With the likes of Facebook and already benefitting from mobile marketing with 59% accounting for its total revenue, I wouldn’t be surprised to see more emerging platforms such as WhatsApp or Snapchat introduce the feature next year.

The introduction of Google AMP will also play a major part in Mobile Marketing as businesses will get the choice of promoting their business through a different number of ways… Instead of boring old text, businesses can use video, animation, graphics and even pop-up adds to market their brand.

Between the combination of Google AMP offering an instant access everywhere and statistics proving an increase in interaction with posts containing audio and or visual content, audiovisual media will become the next natural step to promote content marketing.

Due to Google wanting webpage’s to load rich content such as video, animations or large graphics, content authors will not feel any restrictions when it comes to publishing fast-paced content knowing that it will appear instantly and remain the same across every device. To further the argument, statistics have proven that video posts have grown over 75% this year with content containing images receiving 18% more traffic.

After capturing the iPhone app of the year, the inception of live streaming app Periscope has certainly gained a lot of social media attention throughout 2015. Launched in March 2015, the application now has over 10 Million accounts but what’s more impressive is Twitter’s acquisition of buying the app before it was even officially available. With such growth, Twitter have also purchased more live steaming platforms such as Maeekat following in its footsteps.

Dubbed ‘In the moment’ live streaming, you can count on other social media platforms not wanting to be left behind. Facebook are currently developing their very own live streaming service titled Facebook ‘Live’ which is expected to launch next year.

I hope you have enjoyed reading our blogs throughout this year. If you don’t want to on future blogs, feel free to get in touch and sign up for our Bi-Monthly newsletter. Here’s to 2016!