This month, a record-breaking egg became the most ever liked picture on Instagram by generating over 50 million likes. Well, another #hashtag trend to break the internet is the 10-year challenge. If you are not familiar, basically contributors post a recent photo of themselves from today, alongside a photo from a decade ago. Sounds simple right!?

Inspired by this social media craze, we thought it would be cool to reminisce about the web from 2009 and take a slightly different spin by introducing the 10-year challenge web design edition. 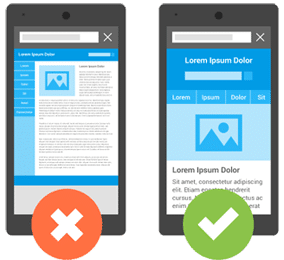 Dubbed ‘Mobilegeddon’, responsive web design is certainly the biggest change within the web design industry over the last 10 years. Introduced in 2015, Google announced a series of new updates which would openly give priority to websites that adapt and display on smartphones, tablets and other devices.

With mobile traffic and search enquires starting to surpass desktop, the purpose of responsive design is to build web pages that detect the visitors screen size and orientation and change the layout accordingly.

Today, if social media users were listed as countries, several would be included inside the top 10 of the world population! According to statistics, there are over 2 billion Facebook users and 1.57 billion YouTube users, beating nations such as China (1.45 billion) and India (1.3 billion).

Rewind 10 years in a digital marketing world dominated by the likes of Facebook, Myspace and Bebo, the likes of Snapchat, Instagram or Pinterest were not even in existence yet!

INSTAGRAM
Launched in 2010, Instagram have created a truly unique social media experience that is instant. All content such as photo’s, video’s, stories and comments can be very quickly digested, at the user’s convenience. Over the last 10 years, Instagram and certainly made it’s lasting impression within the digital marketing world;

Although the statistics are impressive, snapchat is a hard concept for all marketers to grasp, as the purpose to share content with the public.

Best described as an online visual search engine, Pinterest is a social media platform created in 2010. The purpose is to allow users to discover, collect and share pictures based on their interests. With over 250 million users, Pinterest Ads have become very successful for businesses who deliver inspiration. Let’s look at the facts;

Can you believe Google Fonts were not around 10 years ago? Look through our gallery of before/after screenshots from a decade ago, you’ll see that era was dominated by simple fonts such as Arial and Times New Roman.

Now, web designers have an unlimited number of fonts available to play with and push the typography boundaries of designing your website.

If you think it’s time to re-design your website and bring it up to date with today’s latest trends, contact untitled™ to deliver a world-class website for you. Give us a call on 01565 653616 or if you want to arrange a meeting in our Knutsford offices, simply fill out our enquiry form.